There’s no doubt that online video slots are as popular today as ever. Although they aren’t considered games of skill, the improved high-definition (HD) visuals and audio take the immersion of online slot gameplay to a whole new level. Furthermore, there is still a great deal of know-how required for players to lock in the best possible payouts and jackpots.

Thanks to the rise of casual gaming around the world, video slots have become more prominent. Their “pick-up-and-play” nature makes it simple for casual gamers to get involved with slots, especially because there’s little know-how or skills required to get those reels spinning.Another one of the main reasons behind the continued popularity of video slots is their themed nature. There are so many slot titles now based on film and television franchises,as well as sporting and comic book heroes, that are loved the world over. Today, it’s almost impossible not to find at least one slot title that you can relate to and enjoy playing. We’ve conducted a roundup of the best new slot titles launched so far in 2018 to whet your appetite.

For those old enough to remember the Hollywood blockbuster in 1995, “Jumanji” was a film that offered fun for the whole family. NetEnt’s new Jumanji slot is based mostlyon the original movie, with the infamous board game included as a feature, along with four jungle-themed free spins games. Visually, this is one of the best video slots you’ll find this year. It’s got an immersive soundtrack that’s loyal to the film, and with a plethora of in-game bonus rounds to trigger, it can be lucrative for your bankroll, too.

Finn and the Swirly Spin (NetEnt)

Don’t worry, this article isn’t a complete NetEnt love-in, but it would be remiss of us not to mention the Finn and the Swirly Spin, too. It’s another one of the most successful slot titles in 2018, with light-hearted gameplay based on the “luck of the Irish” theme. Finn is a jovial, smiley leprechaun that features regularly on-screen to award you with plenty of bonus features at random. This slot uses as a 5×5 spin mechanic, meaning that each symbol appears independently from the next. There are four base game features triggered randomly, along with four free spins features with everything from wilds and sticky wilds added to the reels as well as guaranteed wins.

If you consider yourself to be a “franchise fan” (i.e., someone that plays games based on their favorite films and television shows), you might be interested in IGT’s The Voice video slot. It was one of the most eagerly anticipated new slots games in 2018, featuring celebrity coaches such as Rita Ora, Adam Levine and Ricky Martin as well as a plethora of bonus features involving the unmistakable red button. To increase the authenticity of the game, IGT incorporated video footage from the live show as well as film of some of the most memorable songs. Land three “hand” symbols to unlock the bonus “Chair Choice” round. Meanwhile, The Voice Bonus can activate one of four additional bonus rounds:

Modeled on one of the best-loved comedy shows of all time, Scientific Games has hit the jackpot with their new Seinfeld video slot. With video and audio clips borrowed from a host of episodes and characters from this ten-time Emmy Award-winning sitcom, you’ll feel like you’re sitting in Seinfeld’s apartment with his group of zany pals,including George Costanza and Cosmo Kramer, with in-game bonus rounds based on snippets of “Seinfeld” episodes. The Festivus Bonus sees you win up to 1,000x your initial wager, and the “Soup Nazi”Bonus sees you win more prizesunless, of course, you land on the “No Soup for You!” option.

Just when you thought Sarah Michelle Gellar confined to the history books, Everi has brought her Buffy character back to life with their brand-new video slot. You can fight the supernaturalwith 1,024 ways to win, a six-tier progressive jackpot and four in-game bonuses, making it a veritable feast for any Buffy the Vampire Slayer fan. Select your bonus prizes in the Buffy Pick Feature while the Hellmouth Free Spins around dishing out up to 30 free spins, each with expanding reels. The Primeval Progressive Wheel helps to trigger one of the six progressive jackpots up for grabs.

If you’re of a certain age and can remember 8-bit video gaming of the 80s and early 90s, you’ll adore taking a step back in time to sample Playtech’s new Pixel Samurai slot. Reminiscent of a vintage Commodore 64 or Atari video game, this slot sees a 5×5 grid and six unique characters set within an epic Chinese backdrop. Lock in the elusive Red Samurai symbol eight times in a single spin to win 5,000x your initial wager — and a share of the slot’s progressive jackpot. The old-school audio makes you feel like you’re back in a high-street arcade — so, remember your bottle of pop!

It’s safe to say that 2018 has been a fantastic year for slot-lovers so far. With HD visuals and audio helping to create more immersive slot gameplay than ever before, we can’t wait to see what 2019 has in store.

Since its establishment in 2013 MarsBet Casino has evolved into a leading gambling platform where players can enjoy diversity of games, bingo, sportsbook, and a endless number of promotional offers. 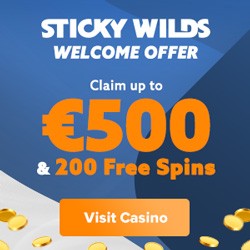 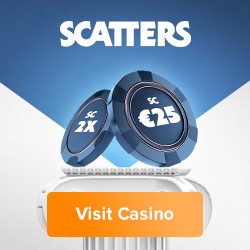